Sign-On to Restore Voting Rights to People With Convictions 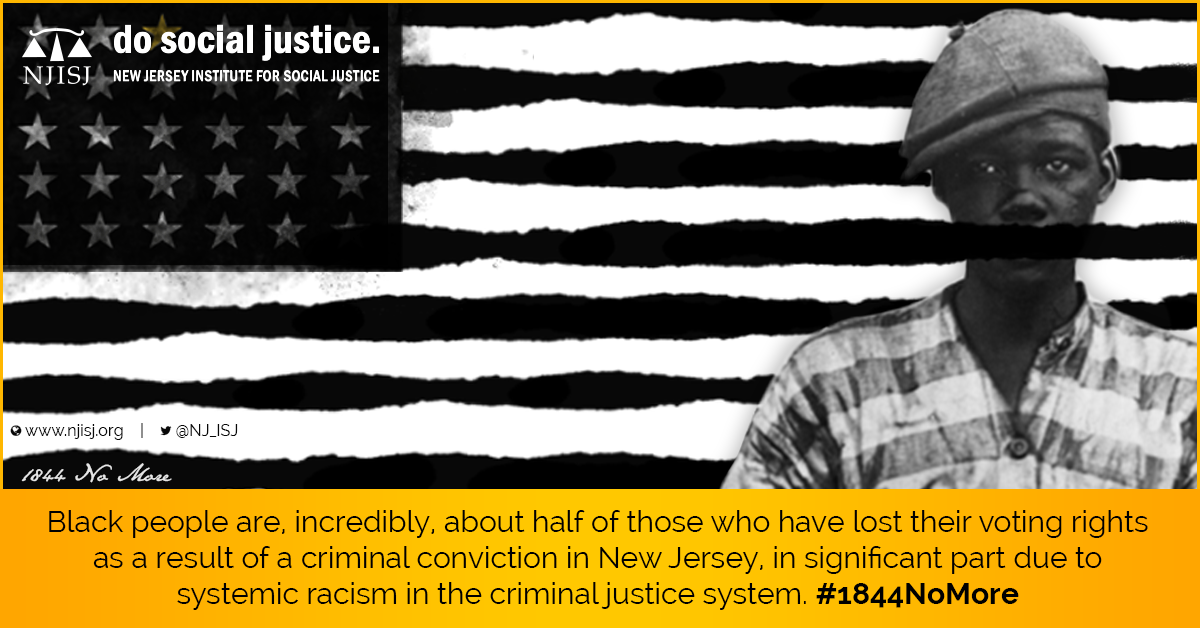 We write to ask that you stand with us and take all necessary actions to end New Jersey’s practice of denying the right to vote to people with criminal convictions.

New Jersey currently denies the right to vote to more than 94,000 people serving a sentence for a felony conviction, including people in prison, on parole, and on probation—more people than live in Trenton, New Jersey’s capital city, Camden, Hoboken, Montclair, or over 150 other cities in New Jersey.

New Jersey first denied voting rights based on criminal convictions in 1844, the same year its constitution restricted the right to vote to white men only.

More than a century and a half later, New Jersey’s law accomplishes the very racial exclusion that was prevalent in 1844, and that was meant to be eradicated by the Fifteenth Amendment, which guarantees that the right to vote cannot be denied on account of race.

Incredibly, today, about half of all disfranchised people in our state are Black, even though Black people make up only about 15 percent of New Jersey’s population. In all, over five percent of New Jersey’s Black voting-age population is denied the right to vote because of a criminal conviction, leading to a significant reduction in Black voting power.

In fact, owing to population increases, the number of Black residents currently denied the right to vote because of a criminal conviction greatly surpasses the number of Black people in New Jersey who were prohibited from voting in the decades prior to the adoption of the Fifteenth Amendment.

These disparities exist because New Jersey’s law ties the right to vote—one of the most fundamental of rights—to a criminal justice system infected with racial discrimination. New Jersey has the shameful distinction of having the highest disparity in Black/white incarceration rates in the nation for both adults and youth—12:1 and more than 30:1, respectively.

We ask you to join us in taking the steps necessary to erase this moral stain on our democracy. The integrity and legitimacy of our democracy demand an end to this antidemocratic practice.