Newark Public Hearing on Police Use of Force

According to an analysis of five years of police use-of-force data from all over NJ, Black people were three times more likely to be punched, kicked, pepper sprayed, struck with a baton and attacked by a dog in police use of force situations, and more than twice as likely to be shot. Very few departments analyze racial profiling. Of the more than 4,600 uses of force against people under 18, slightly more than half the subjects were Black, though they represent only 14.5 percent of the child population in NJ.

This meeting will be a discussion on how to eliminate the disproportionate use of force against Black people by NJ law enforcement.

Those who have been impacted by police use of force or have family or friends who have will be given the chance to speak about the experience. 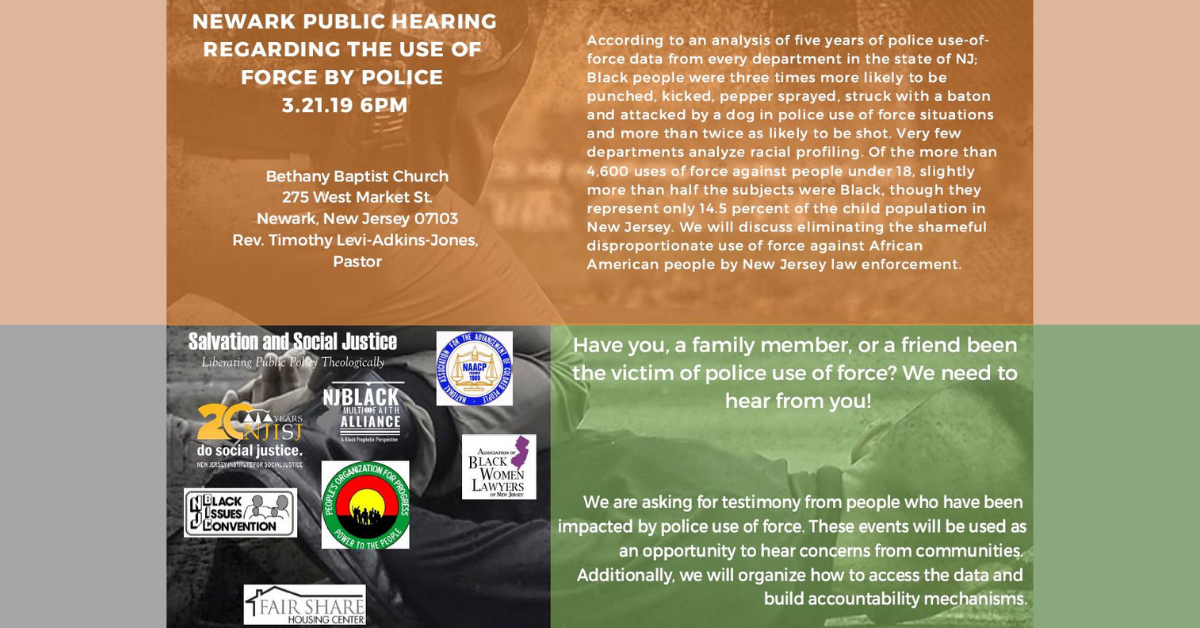