In Newark, Working to Prevent a Baltimore

The nation recently watched as yet another community's residents, moved by long-simmering frustration and anger, took to the streets to protest the killing of Freddie Gray by members of law enforcement. The protests in Baltimore—like those before it in Ferguson, Mo., which were triggered both by violent encounters with law enforcement and the enduring effects of poverty, racism, and disinvestment—call to mind Dr. Martin Luther King Jr.'s powerful admonition: "A riot is the language of the unheard."

In 1967, an eerily similar rebellion in Newark claimed the lives of 26 people and left some 200 more seriously injured. Nearly 50 years later, people in Baltimore, Ferguson, Newark and numerous other cities throughout the country are still suffering under the weight of the conditions that precipitated these protests. As New Orleans Mayor Mitch Landrieu explained, we ignore them at our own peril. 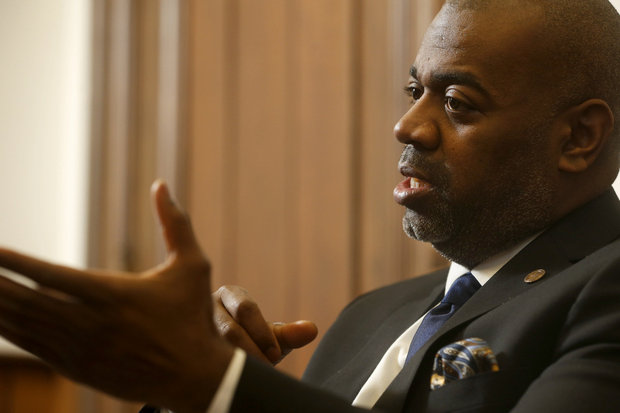 Today, law enforcement abuses in Newark are every bit as troubling as those that took place in Ferguson and Baltimore (and Newark in the 1960s). The Department of Justice has found widespread civil rights violations, unconstitutional policing practices, excessive brutality, theft by officers, discriminatory police actions, and an absence of accountability throughout the Newark Police Department. The DOJ ultimately determined that Newark's police officers had no legal basis for the vast majority (75 percent) of their pedestrian stops, and they detained individuals for such innocent conduct as "milling," "loitering" or "wandering."

But police abuse is just one aspect of a broader picture of the sense of dispossession that exists for people of color in Newark. In this city, like Baltimore, the poverty rate for black people is double the national average, the unemployment rate among black men hovers above 20 percent, and the overall high school graduation rate is just 50 percent.

Dr. King penned his last book, "Where Do We Go From Here," the same year as the Newark rebellion. In it, King posits that, given the challenges, we have only two options: to embrace chaos or community. The New Jersey Institute for Social Justice is working with partners to help New Jersey's cities move toward community, and away from chaos. Built on the fundamental belief in the radical potential of people, the Institute's mission is to challenge the barriers that prevent New Jersey residents from realizing and achieving their full potential.

There is important work to be done partnering with Newark Mayor Ras Baraka and the city's police director, Eugene Venable, under whose leadership the city is poised to transform Newark's Police Department to protect public safety and build trust with Newark communities. Baraka took an important first step last week, creating a much-needed independent Citizen Complaint Review Board. With this effort, Newark has an opportunity to serve as a model for community-responsive policing throughout New Jersey and the nation.

There are also efforts underway to build stronger, safer communities through cutting-edge initiatives like Newark Communities for Accountable Policing and New Jersey Communities Forward. Through facilitated community forums and trainings with law enforcement, these efforts encourage a much-needed paradigm shift in the relationship between police and the communities they serve. By drawing upon lessons learned from effective policing models here in New Jersey and across the country, creating a safe space for honest and difficult discussions with law enforcement across racial and economic lines, these efforts are framing public safety as a part of a broader vision of healthy communities.

We believe law enforcement can and must be more than peacekeepers; they can join with the communities to serve and be peacemakers.

And as we wait for justice for Freddie Gray, we must seize this important moment to embrace the work of collectively bending our neighborhoods toward community and away from chaos so that Newark does not (again)
become the next Baltimore.