Recent data reveals a devastating portrait of limited housing wealth for Black New Jerseyans. New Jersey’s staggering racial disparities in homeownership were created by design through discriminatory and exclusive policies. They must, therefore, be eliminated by design though policy and systems change. But first, we must understand the characteristics and sources of racial inequities in homeownership in New Jersey in order to develop effective solutions to combat them. The data uncovers troubling trends.

Ongoing obstacles to buying a home lead to substantial homeownership disparities for Black families in the Garden State. While over three-quarters of white households own their home, less than four in ten Black households do (see Figure 1). In New Jersey, the highest rates of Black homeownership are in communities with few Black residents.15 Even in many communities that are majority Black, white residents are more likely to be homeowners.16 The typical white family in New Jersey has $132,000 in home equity, while the typical Black family rents so they have $0 in housing wealth.17

Newark, our state’s largest city, is about half Black, 36% Latina/o and just 8% non-Hispanic white;18 yet, despite having a significant Black population, white residents’ homeownership rate is higher than that of Black residents in all but one zip code of the city.19 The racial homeownership gap is particularly pronounced in Essex County, where white families are almost 40 percentage points more likely to be homeowners than Black families and homeownership rates are lower overall than the state more broadly (Figure 1). 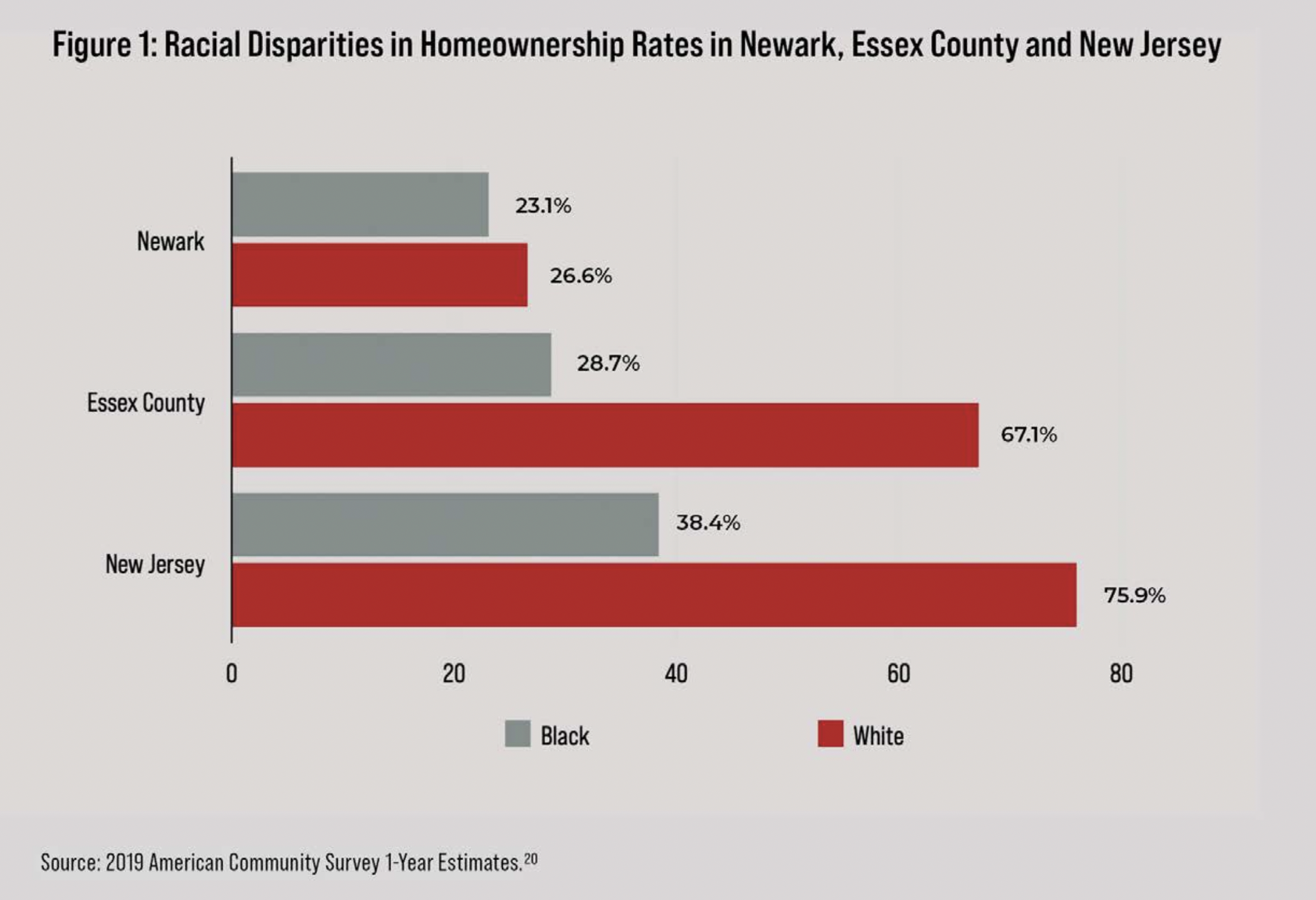 Nationally, the Black-white homeownership gap has persisted for decades21 and it is greater now than