MLK stood for this: Jobs as a Key to Economic Equality for Blacks in Newark

Opinion in the Star Ledger

Over the past year and a half, we watched as residents of several communities across this nation — moved by long-simmering frustration and anger — took to the streets to protest the killings of unarmed black people by members of law enforcement.

The protests in places such as Baltimore; Ferguson, Mo.; Staten Island, N.Y.; Waller County, Texas; and Chicago were triggered by violent encounters with law enforcement and the enduring effects of poverty, racism and disinvestment in those communities, calling to mind the Rev. Martin Luther King Jr.'s powerful admonition: "A riot is the language of the unheard."

In 1967, a similar rebellion here in my city, Newark, was sparked by police abuse and decades of crushing poverty and a lack of opportunity. Ultimately, the Newark rebellion claimed the lives of 26 people and left hundreds more seriously injured. 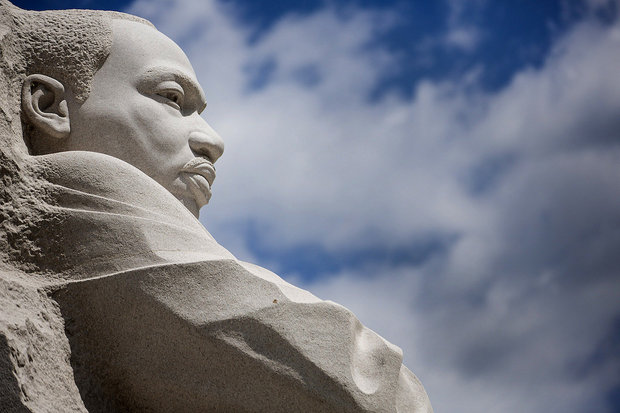 King penned his last book, "Where Do We Go From Here," the same year as the Newark rebellion and the year before his assassination. In it, King posits that, given the challenges we face, we have only two options: to embrace chaos or community. King argued that true equality would not be realized until black people, in coalition with other poor people, could secure meaningful employment and earn a living wage.

Nearly 50 years later, we have much work to do in bending our neighborhoods toward a community in which economic equality is achieved. Indeed, a recent Brookings Institute study vividly demonstrates that, in terms of economic opportunity, there are still two Americas, sharply divided by race.

First, the study explains that upward mobility from the lower end of the income distribution is substantially less likely for black than white Americans, as half of black Americans who are born poor stay poor. Second, even for black Americans born in the middle class, an incredible 7 out of 10 will fall below as adults.

As a result, the Pew Research Center reports that gaps in the already-wide wealth divide have grown, with the median wealth of white households now 13 times greater than that of black households, the largest gap in a quarter of a century. This means that about one-quarter of black families have less than $5 in savings, as compared with $3,000 for low-income white families.

Here in Newark, the poverty rate for black people is a striking 33 percent, more than double the national average for all races. This poverty is tied to a lack of reliable income through full-time work. In Newark, 95 percent of people living in poverty do not have a full-time job.

It is therefore not uncommon to see Newark residents on weekday mornings waiting in an unemployment line that spans nearly a city block, while on the other end of the same street, the city is in the middle of a construction boom, with over $1 billion dollars of construction projects recently completed, underway or in the pipeline.

And yet, notwithstanding this major construction, new businesses coming to the city and expansions of several industries, local residents hold fewer than 20 percent of all jobs in Newark. Put differently, 80 percent of those who work in Newark — from corporate employees to first responders to educators to those who work at the Newark Port — do not live in the city.

We simply cannot empower healthy urban communities where so few local residents are employed in the city. Just as local residents share in the challenges associated with living in Newark, so too should they be empowered to share in its prosperity.

Consistent with King's vision for economic equality, the New Jersey Institute for Social Justice, in close collaboration with community partners, Mayor Ras Baraka and the city of Newark, is launching an ambitious initiative to combat poverty by connecting unemployed Newark residents to work. Through community engagement, cutting-edge research and writing, public education, advocacy and other strategies, our ambitious initial goal is to eliminate the unemployment gap between Newark, one of the poorest cities in the state, and New Jersey, one of the wealthiest states in America.

Our ultimate charge is to ensure that the maximum possible number of Newark residents are competitive candidates and receive due consideration for positions in each industry. This remains the great unfinished business of the civil rights movement: empowering people of color through economic equality and mobility.

And that's what this moment requires of us: that we embrace King's vision of social justice and economic equality, and commit to bending our neighborhoods toward the beloved community.