Just the Facts: Bridging the Two Americas: Employment & Economic Opportunity in Newark & Beyond

This fact-sheet is adapted from the Institute report, Bridging the Two Americas: Employment & Economic Opportunity in Newark & Beyond.

Bridging the Two Americas: Employment & Economic Opportunity in Newark & Beyond

o   Nationally, about 16 percent of all people live below the federal poverty line, but people of color have a poverty rate two to three times greater than whites.  Three out of every four (74 percent) people of color in the U.S. will be poor at some point during their life, compared to 40 percent of whites. 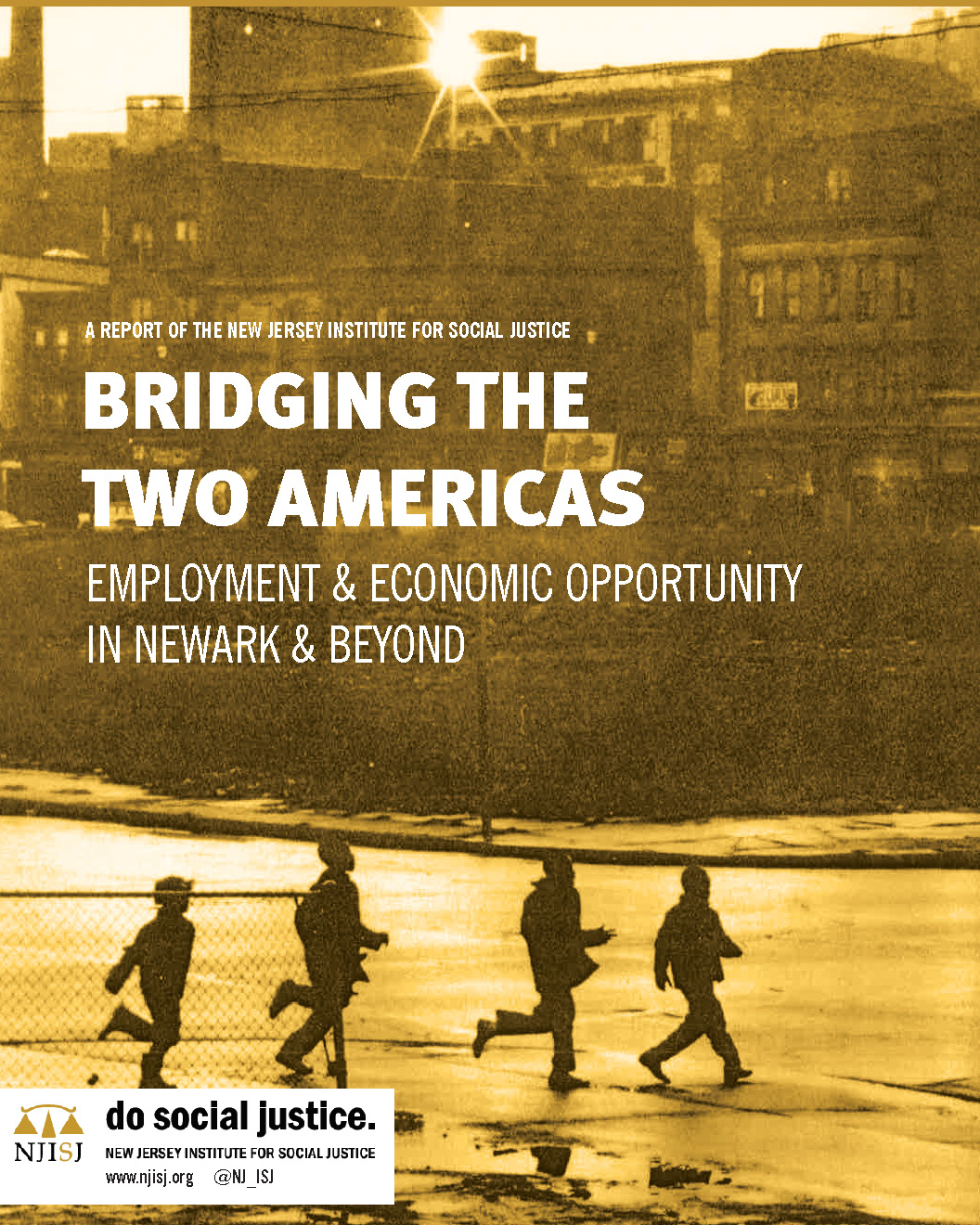 Employment Disparities in Newark: These stark racial disparities are embodied in our cities, which are the economic drivers of the nation.  In Newark, like other cities across the nation, local residents have not shared in the local economic prosperity.

o   About one-in-three local residents live below the federal poverty line, and 95% of these residents living in poverty did not have a full-time job during the past year.

o   The local residents who can find work in their city are concentrated in part-time and low-paid work.  Although the majority of jobs in Newark pay more than $40,000 annually, local residents hold only 10% of these jobs in the city.

Racial Inequality in Newark: There are striking racial disparities in employment in Newark.

o   In a city where people of color constitute the majority of the population (71.6%), they hold a minority of jobs (39.7 percent).  Sixty percent of the people employed in Newark are white, while only 31% are Black and just 20% are Latino. (Note that these percentages do not add up to 100 percent, because race and ethnicity are separate measures. For instance, a Latino/a could identify as white, Black, bi-racial, or multi-racial.)

o   These employment disparities cannot be explained by Newark residents not wanting to work or not being qualified for work:

o   Tens of thousands of Newark residents have found jobs elsewhere in New Jersey and New York -- one of the most competitive job markets in the country.

o   Newark residents not obtaining work locally cannot be fully explained by disparities in educational achievement, as approximately only 3-in-10 jobs in Newark require a college degree or other advanced education.  Newark mirrors the job market of the nation as a whole, where only 31 percent of jobs require a four-year college degree. The majority of jobs in Newark, the State of New Jersey, and the nation, are middle-skill jobs, which require some training or education beyond high school, but not a college degree.

Systemic Failures Cause Disparities: Instead, these disparities are systemic failures that require systemic solutions.  At the most basic level, there are not sufficient career pathways for local residents to obtain middle skill jobs in Newark.  These disparities also reflect the accumulation of decades of law and policy decisions at the federal, state, and city level, structural changes in the economy, and discrimination that limited economic opportunity and made it more difficult for people to connect to work.

Blueprint for Bridging the Two Americas: Fifty years ago, Dr. King urged the creation of a multi-racial, multi-ethnic, and multi-national coalition of poor people to strive for greater economic opportunity, rejecting previous efforts to divide them by stoking racial or ethnic resentment or discrimination.  Today, the opportunity to bridge the Two Americas holds the same promise of bridging racial and ethnic divides in the U.S., while unifying our local communities around the creation of more economic opportunities for people at the bottom of the income ladder.