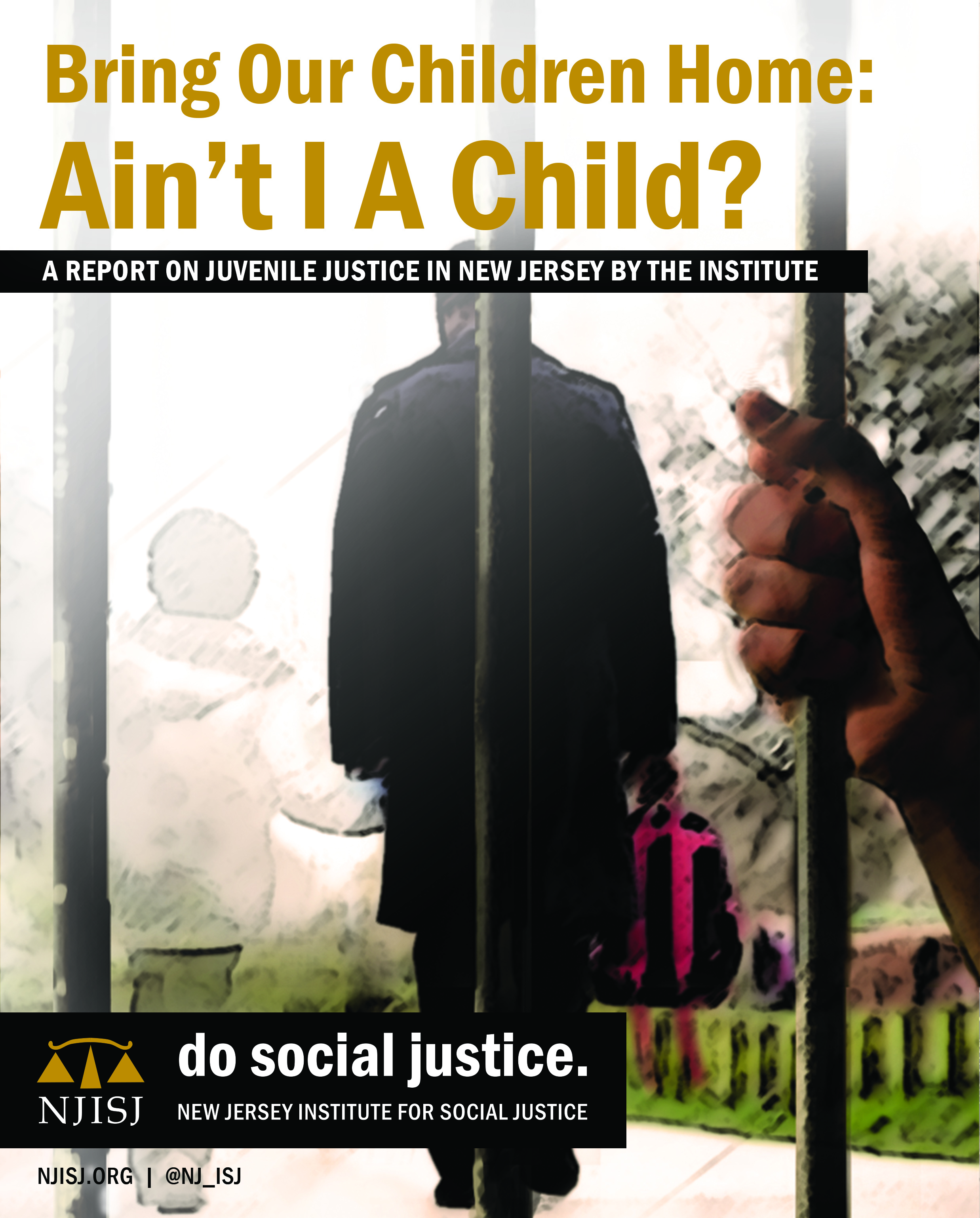 Newark, NJ — Even as the number of confined youth in New Jersey has decreased by more than half, extreme racial inequalities persist within the juvenile justice system.  Black youth comprise nearly 75% of those committed to state juvenile facilities, according to a new report released by the New Jersey Institute for Social Justice, a leading legal organization on behalf New Jersey's urban communities.

“New Jersey has taken steps to reform its juvenile justice system, but it is clear there is more to do. The fact that young people of color are confined in New Jersey at disproportionately high rates compared to their counterparts is cause for concern. We have to examine steps we can take to improve programs and services to keep youth out of the criminal justice system, with attention to minority youth,” said Senator Nellie Pou (D-Passaic). “Focusing on community-based services can be an effective means of leading youth to become productive and successful, rather than stuck in a cycle of incarceration.  I am committed to working with the Institute of Social Justice, partners in the community and my colleagues to improve the system and outcomes for our residents.”

Black and white young people engage in similar offenses at about the same rates overall, but New Jersey’s Black youth are disproportionately incarcerated in youth prisons.

“In New Jersey, incarceration is the default for too many young people, particularly Black children. Our report urges New Jersey to its reform its juvenile justice system so that all children have access to age-appropriate rehabilitative alternatives to incarceration,” said Ryan P. Haygood, President and CEO of the Institute. “Every child should have the support they need to successfully transition into adulthood, but in far too many cases, Black youth are not given the latitude to make mistakes that all children make and learn from those mistakes. We seek to change that reality.”

As the Institute report explains, despite numerous diversion and incarceration alternative programs in New Jersey’s juvenile justice system, Black children are less likely to be diverted, and more likely to be incarcerated.

“Our report argues that New Jersey’s juvenile justice system should instead provide treatment that has been shown to work: community-based programming with intensive wrap-around services for its young people,” said Andrea McChristian, the report’s author, and Associate Counsel at the Institute. “

Not only is juvenile incarceration devastating for these children and their families, but it is a poor use of state funds:  New Jersey currently allocates $63,554,000 each year to fund its three youth prisons.  As of 2014, the state spends up to $196,133 to incarcerate one young person each year (the twelfth highest expenditure of the forty-six states reporting).

"As a state, we owe it to our young people to make better investments in them,” said Shaena Fazal, National Policy Director of Youth Advocate Programs, Inc. “While the cost to incarcerate one young person per each year in New Jersey is approximately $196,133, or  $537.35 per day, the associated cost of keeping a child in a community-based program with wrap-around services has a daily average cost of $75. That’s the investment we should be making.”

This spending persists even though the state’s secure facilities are largely underutilized.  As of March 2016, the New Jersey Training School for Boys (the state’s largest youth prison), which has a maximum capacity of 330 youth, housed only 140 young boys.  As of March 2015, the Female Secure Care and Intake Facility, the only youth prison for girls, housed only 8 young women, approximately 17 percent (16.7%) of its maximum capacity (48).

The report also explains that, notwithstanding the public safety and crime reduction justifications for youth incarceration, recidivism rates remain high for youth leaving juvenile facilities, and many incarcerated youth are imprisoned for non-violent offenses. Instead, placing at-risk youth in community-based programs with comprehensive services lowers recidivism rates at a fraction of the cost of operating secure facilities.

“Children need to be supported and educated not incarcerated,” Fred Fogg, Director of Operations for Northern-Metro N.J. & Delaware Youth Advocate Programs, Inc. “We are encouraging that investments be made in community-based programs and alternatives to incarceration, not youth prisons, particularly in communities that have the highest rates of youth arrest and incarceration.”