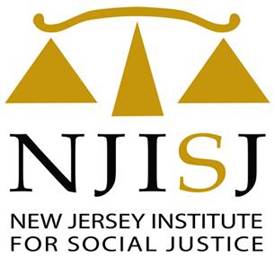 NEWARK – The New Jersey Institute for Social Justice is encouraged by the U.S. Supreme Court’s ruling today that blocked the “citizenship question” from inclusion in the 2020 Census.

“The Supreme Court’s decision today confirmed what we have all known from the time the citizenship question was first proposed: that the rationale for adding this shameful question to the 2020 Census was a pretext that ‘seems to have been contrived.’ The motivation for this pretext was to make the most vulnerable among us invisible by discouraging their participation in the Census. That failed attempt threatened to prevent nine million people in the country from participating, a disproportionate number of whom are from communities like Newark, New Jersey – the Institute’s home and the State’s most populous city – which ranks first and third in the nation, respectively, for its percentages of Black and Hispanic people living in hard-to-count areas,” said Ryan P. Haygood, President & CEO of the New Jersey Institute for Social Justice. “Today’s decision is a rejection of this attempt by the Trump Administration’s and the Commerce Department’s attempt to undermine a full Census count. We will continue our front line efforts to ensure, along with our partners across New Jersey, that everyone—everyone—is seen, counted, and empowered in the 2020 Census, even if the Commerce Department persists in its cynical efforts.”

In 2018, Secretary of Commerce Wilbur Ross announced that, for the first time in over 50 years, the 2020 Census would ask the citizenship status of every person living in the country. This controversial question caused much concern, especially among immigrants and people of color. While federal law prohibits the sharing of Census information, even with other government agencies, many remained understandably worried about the inclusion of the citizenship question.

“We are encouraged by the Supreme Court’s decision,” said Patricia D. Williamson, Director of the New Jersey Institute for Social Justice’s New Jersey Counts Project, which is focusing on Census outreach to Black communities. “The damage from the citizenship question to acquiring a full and accurate count in 2020 would be substantial, especially against the backdrop of an already disquieting undercount of people of color and immigrants. Even if the question is not included, our work is cut out for us to educate hard-to-count vulnerable communities of color about the importance of completing the Census and to counter any residual chilling effect of the proposed citizenship question, but we are up to the task.”

“Following today’s decision, it is critical for us to understand that everyone – all adults, children, and immigrants – must be counted in the 2020 Census,” added Williamson. “As we do our outreach, we will make sure people know that they all matter – and that everyone in New Jersey counts.”

The State of New Jersey joined New York and a number of other states in the challenge before the Supreme Court to remove the question from the Census. In March, the Institute – as part of a coalition of education and civil rights organizations – filed an amicus brief in the U.S. Supreme Court in support of New York’s challenge to the inclusion of the citizenship question in the 2020 Census. The brief argued that the citizenship question would exacerbate the undercount that already plagues communities of color, and potentially cause a substantial lack of vital services that rely on Census-based funding. These services include educational programs, pre- and after-school childcare, immunizations, WIC, Maternal & Child Health programs, and even safer bridges and roads. New Jersey receives more than $17.5 billion from the federal government each year.