Owning a home is the primary way that most families build wealth. But from its founding as a colony, New Jersey designed a racialized system that incentivized land ownership by white people for white people while simultaneously separating Black people from homeownership, and by extension, wealth.1

This homeownership divide has contributed substantially to New Jersey having one of the starkest racial wealth gaps in the nation, with its white families holding $322,500 at the median compared to only $17,700 for the state’s Black families.3

As examined in the Institute’s report Making the Two New Jerseys One: Closing the $300,000 Racial Wealth Gap in the Garden State, today’s racial gaps in wealth and homeownership started with slavery and continued with generations of policies that prevented Black New Jerseyans from full social, political and economic participation in the state.4 Early racial restrictions on building wealth through property ownership were exacerbated over generations for Black New Jerseyans through racially restrictive covenants, redlining, exclusion from the GI Bill and predatory lending during the Great Recession.5 Thus, for generations, policies and practices, by design, have resulted in today’s stark racial disparities in homeownership and wealth.

The COVID-19 pandemic has further intensified the racial and economic disparities that have been built into New Jersey’s foundation; thus, it created an urgent need to design a new system of policy reforms that repair both past and ongoing harm from racial discrimination and promote racial equity in housing and equitable access to homeownership.6 As underscored in our report Repairing the Cracks: How New Jersey Can Restore Black & Brown Communities Ravaged by COVID-19 and Systemic Racism, Black Americans have faced disproportionate economic setbacks during the pandemic, and a lack of stable and affordable housing has been a major contributor to their financial insecurity during this period.7 Much more likely to be renters, Black families have endured particularly great financial difficulties relating to housing during the pandemic, which have especially impacted renters.

To be sure, state and local governments and community-based organizations have been able to provide extraordinary shortterm housing assistance to New Jerseyans in this time of crisis.13 Yet, given the long history of policies which created barriers to homeownership for Black people, much more must be done to combat long-term racial inequities in housing to help Black New Jersey families access affordable, safe and stable housing that serves as a wealth-building vehicle as it has for generations of white families. Furthermore, we must ensure that Black New Jerseyans have equal access to loans, equal costs of homeownership compared to white New Jerseyans and access to foreclosure mediation to ensure that increasing Black New Jerseyans’ homeownership rate does not plunge them into default or foreclosure.14 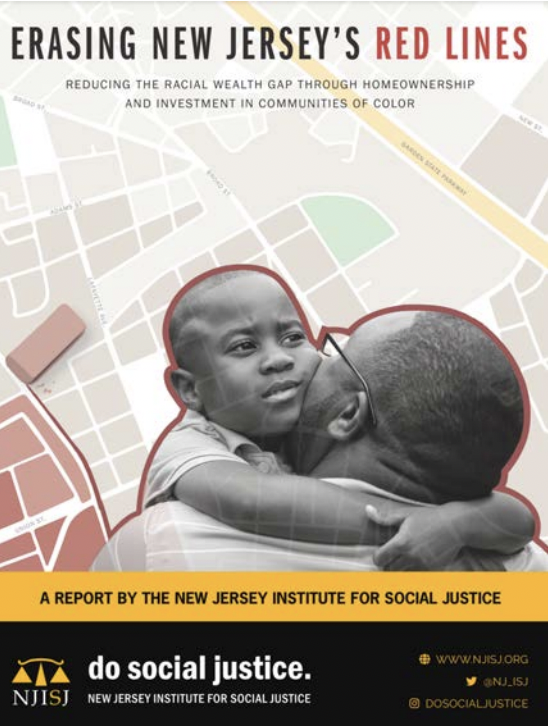 As housing and economic disparities have come into greater focus during the pandemic, New Jersey has an opportunity to create new avenues for secure homeownership for Black New Jersey families that help build wealth. Action is urgently needed to ensure that Black families in the Garden State have equitable access to the safety, stability and asset-building opportunities that come with homeownership that are already available to the majority of white New Jersey families.

The recommendations in this report chart that path forward.