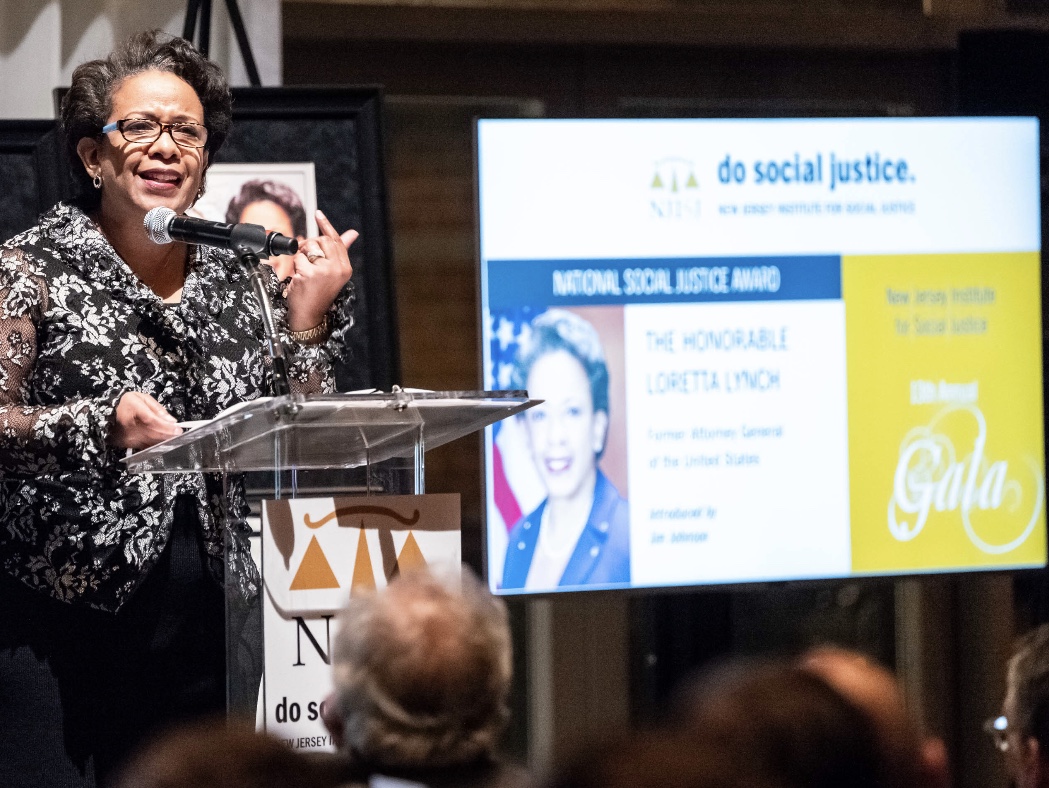 On June 19, 2018 ("Juneteenth") before more than 300 guests at our 13th Annual Gala in Newark, the Honorable Loretta Lynch said that the Institute "holds the future of this city in their hands. And it could not be in better hands."

More than 300 partners attended to celebrate the extraordinary honorees, the Honorable Loretta Lynch, the National Social Justice Awardee; David Mills, the Alan V. and Amy Lowenstein Social Justice Awardee; Wade Henderson, the Lifetime Achievement Awardee; Lowenstein Sandler LLP, the Corporate Leadership Awardee; and Leecia Eve, the Community Builder Awardee. Each of them embody the Institute's mission and share its commitment to doing social and racial justice. Please check out our photo gallery of the event here.

This year's theme, "From the Ground Up," recognizes that social justice will always occur from the ground up in our communities, even in difficult national moments, like this one.
The Institute's advocacy is a powerful example of social and racial justice effectively advanced at the state and local levels, despite the racist, xenophobic, and dangerous policies being promoted by national leaders, including President Donald Trump.

After nearly 20 years on the front lines of social justice, the Institute is as committed as ever to ensuring that urban residents live in a society that respects their humanity, provides equality of economic opportunity, empowers them to use their voice in the political process, and protects equal justice.
Do you like this post?
Tweet
Sign in with Facebook Sign in with Twitter Sign in with Email