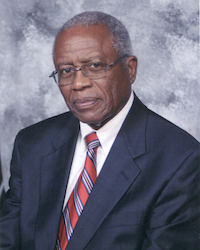 Gray opened his law practice in Montgomery, Alabama in 1954 with the mission of “destroying everything segregated I could find.”

Gray was Dr. Martin Luther King, Jr.'s first civil rights attorney and referred to him as “the brilliant young Negro who later came chief counsel for the protest movement.”

Gray litigated cases that went before the United States Supreme Court. In the 1960 case Gomillion v. Lightfoot, Gray convinced the high court that a 1957 act of the Alabama legislature was unconstitutional. The Supreme Court’s ruling in Gomillion derailed other efforts throughout the country to dilute African American votes through racial gerrymandering.

Gray also helped represent Vivian Malone and James Hood in their efforts to attend the University of Alabama, leading to Gov. George Wallace’s “stand in the schoolhouse door,” and he was the plaintiff’s attorney in Franklyn v. Auburn, which desegregated Auburn University. On January 28, 1963, Gray filed Lee v. Macon County Board of Education, and as a result of this case, the court issued an order in 1967 that integrated all of Alabama’s educational institutions that were not already under court orders. Lawsuits filed by Gray eventually desegregated all public colleges and universities in the state of Alabama, as well as more than 100 local school systems.

In 1965, one day after Bloody Sunday, Gray filed a lawsuit on behalf of John Lewis and others that would allow marchers to peacefully cross the Edmund Pettus Bridge in Selma and march on to Montgomery, AL in pursuit of voting rights. It was an historic moment that led to the Voting Rights Act.

In the 1970s Gray also helped to expose decades of racial discrimination that allowed dozens of African American men to go untreated for syphilis in the government–sponsored Tuskegee Experiment.

Throughout his career, Gray has received numerous awards and honors. In 1985, he served as president of the National Bar Association, and in 1996, he received the Spirit of Excellence Award from the American Bar Association. In 2002, he became the first African American president of the Alabama Bar Association. Gray also serves on the board of trustees for Southwestern Christian College, a historically black college affiliated with the Churches of Christ, and on the board of the Alabama Department of Archives and History. 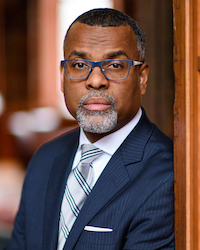 Dr. Eddie S. Glaude, Jr. is an author and the James S. McDonnell Distinguished University Professor and  Chair of the Department of African American Studies at Princeton University.

Glaude’s most well-known books, Democracy in Black: How Race Still Enslaves the American Soul, and In a Shade of Blue: Pragmatism and the Politics of Black America, take a wide look at black communities, the difficulties of race in the United States and the challenges our democracy faces. His latest book, Begin Again: James Baldwin’s America and Its Urgent Lessons for Our Own, details the life and works of American writer and activist James Baldwin, and the theme of racial inequality in the United States.

Glaude holds a Master’s Degree in African American Studies from Temple University, and a Ph.D. in Religion from Princeton University. He began his teaching career at Bowdoin College. In 2011, he delivered Harvard’s Du Bois lectures. In 2015, Glaude was awarded an honorary doctorate from Colgate University, delivering commencement remarks titled, “Turning Our Backs” that were recognized by The New York Times as one of the best commencement speeches of the year. He is a columnist for Time Magazine and a MSNBC contributor on programs like Morning Joe and Deadline Whitehouse with Nicolle Wallace. Glaude also regularly appears on Meet the Press on Sundays. 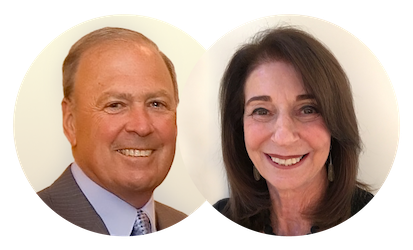 Howard and Meg Jacobs are philanthropists who have a rich history of supporting the arts and the Jewish community.

A native of Long Island, Howard received a B.A. degree from Washington & Lee University and an M.B.A. from Cornell. His military service includes two tours with the Military Police in New York City and North Carolina.

Howard has served the community as a board member of the Jewish Vocational Service for more than 25 years. He has also served as President of the board of the South Orange Rescue Squad.

Formerly, Howard was a board member of East Orange General Hospital and the Essex County Heart Association. For seven years, he served as the Mountain Ridge Campaign Co-Chair of the United Jewish Appeal. Currently, Howard is a board member of JVS of MetroWest, the American Jewish Committee, and a trustee of the New Jersey Performing Arts Center.

Meg received a B.A. degree from Skidmore College and an M.S. from Pratt Institute. She is a trustee of the New Jersey Historical Society, Co-President of the Reitman Foundation, a trustee of Edison National Historic Park, a trustee of Mountain Ridge Country Club and a trustee of GlassRoots. 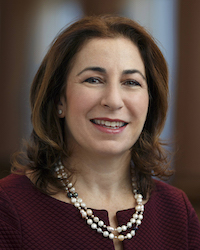 Sheri B. Bronstein is Chief Human Resources Officer for Bank of America and a member of the company’s executive management team.

Bronstein joined Bank of America in 2000 and has held various roles supporting Global Markets, Global Investment Banking and the international regions. Prior to joining Bank of America, she worked at JP Morgan in a variety of human resources capacities.

Bronstein is deeply committed to promoting diversity and inclusion in the workplace, including advancing young, diverse professionals. She is a member of the Advisory Board at the Robert Toigo Foundation, an organization driving greater inclusion and the ongoing development and promotion of diverse leaders. She also spearheads the company’s domestic violence awareness initiatives and is the executive sponsor for the company’s Domestic Violence Task Force.

Bronstein led the effort to publish Bank of America’s inaugural Human Capital Management Report, setting an industry standard by providing a transparent, comprehensive view of the company’s workforce metrics across gender and ethnic diversity, compensation and learning and development.

Bronstein serves on the Board of Trustees of the Liberty Science Center and she sits on the Visitor Board for her alma mater, Colby College. Bronstein is also a representative on the newly launched New York Jobs CEO Council, responsible for facilitating training opportunities for New Yorkers and is on the DE&I Advisory Council for OneTen, a coalition of leading companies who are coming together to train, hire and advance one million Black Americans over the next 10 years into family-sustaining jobs with opportunities for advancement.

Bronstein is accepting the Institute’s Corporate Leadership Award on behalf of Bank of America. 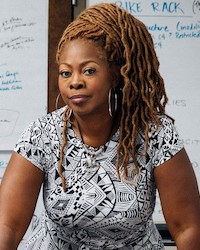 Brown is also the visionary founder and co-anchor of a regional network called the Southern Black Girls & Women’s Consortium. This is a $100 million, 10-year initiative to invest in organizations that serve Black women and girls with the goal of creating a new approach to philanthropy by allowing every component of the program - inception to execution - to be created by Black girls and women in the South. 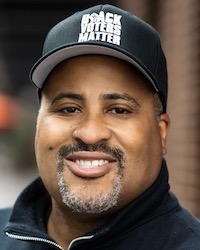 BVM received national attention in 2017 when they helped mobilize Black voters during the U.S. Senate race between Doug Jones and Roy Moore. Since then, Albright and the BVM team have traveled throughout thirteen primarily southern states in “The Blackest Bus in America” energizing voters and exposing voter suppression. He and Black Voters Matter recently played a critical role in the 2020 election cycle, including the historic Georgia runoff elections for U.S. Senate, and fighting voting suppression bills in over five states in 2021.

Albright serves as an instructor of African-American Studies at several universities. He previously lived in historic Selma, Alabama, where he focused on bringing financial resources to Alabama’s blackbelt region. Albright attended Cornell University, where he obtained his B.S. in Applied Economics and an M.P.S. in Africana Studies and has an M.B.A. from the University of Alabama. Albright has contributed to and been featured on CNN, MSNBC, ABC, BBC, New York Times, Washington Post, The Guardian, Politico and other outlets. 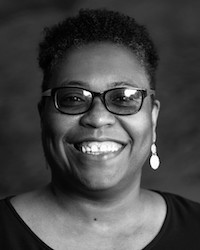 April England-Albright, Esq. has worked in the area of civil rights law for more than the last 24 years, first as a partner at the law firm of Chestnut, Sanders, Sanders, Pettaway, Campbell and Albright and then at her own law firm. Her experience includes serving as an attorney in the “Black Farmers Lawsuit,” which to date is the largest discrimination lawsuit against the United States, and litigating cases that addressed race discrimination in the workplace, excessive use of force by law enforcement, voting disenfranchisement caused by gerrymandering and other voter suppression tactics, and criminal defense. England-Albright also served as a Presiding Municipal Judge for the historical City of Selma, Alabama.

For the past eight years England-Albright has worked for the U.S. Department of Education, Office for Civil Rights, where she has served as a Supervising Attorney leading investigations, some class-wide, to determine whether secondary and post-secondary institutions in Alabama, Georgia, Tennessee and Florida were discriminating based on Title VI and Title VI (race), Tile IX (sex), Section 504 and Title II (disability).

England-Albright recently joined Black Voters Matter Fund, which is an organization that seeks to build power in black and marginalized communities, as their Legal Director and in this role she leads the organization’s restorative justice work and voter protection litigation.

England-Albright has served on the boards of many civil rights organizations that focus on preserving the civil rights and human rights of all individuals and has been honored as a Civil Rights Pioneer in her field. She earned her B.S. from the University of Alabama at Birmingham and her J.D. from the University of Alabama Law School and is a member of Delta Sigma Theta Sorority, Inc. She is married to Cliff Albright, and they have three children, Tayari, Jaliwa, and Jelani.