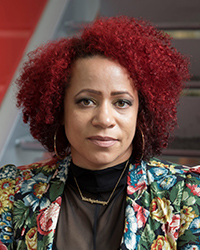 Nikole Hannah-Jones is an award-winning investigative reporter covering racial injustice for The New York Times Magazine and creator of the landmark 1619 Project a groundbreaking exploration of the legacy of Black Americans starting with the arrival of the first enslaved Africans in 1619.

She recently was awarded the 2020 Pulitzer Prize for Commentary for The 1619 Project.

In 2017, she received a MacArthur Foundation Fellowship, known as the Genius Grant, for her work on educational inequality. She has also won a Peabody Award, a Polk, National Magazine Award, and the 2018 John Chancellor distinguished journalism award from Columbia University. In 2016, Nikole co-founded the Ida B. Wells Society for Investigative Reporting, a training and mentorship organization geared towards increasing the numbers of investigative reporters of color. 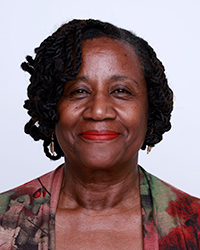 Marcia Wilson Brown, Esq. is Vice Chancellor for External and Governmental Relations at Rutgers University-Newark, where she is part of Chancellor Nancy Cantor’s senior team working on anchor institutional collaborations.

Marcia is an alumnus of the Rutgers Newark law school where she was the recipient of the International Academy of Trial Lawyers Award; Judge J. Skelly Wright Award for Civil and Human Rights Activities, and the Rutgers Alumni Senior Award.  She clerked for Chief Justice Robert Wilentz, NJ Supreme Court Chief Justice and was admitted to practice in New Jersey, Pennsylvania and U.S. Federal District Courts (Eastern  Districts, U.S. Court of Appeals), Third Circuit and the U.S. Supreme Court.

Marcia has served as a thought leader across many sectors of academic and civic life in Newark and New Jersey.   She has spent more than 30 years in community development advocacy in Newark, working on housing, education and nonprofit leadership issues, and through her leadership at the Lucent Foundation, helped structure more than 10 million dollars in philanthropic dollars toward Newark’s nonprofits engaged in rebuilding neighborhoods and providing learning opportunities for young people.  As President and co-founder of the University Heights Neighborhood Development Corporation (UHNDC), she helped develop more than sixty (60) units of affordable housing in the Central Ward for low to moderate income families. 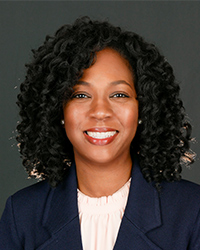 Claudia Curtis, Esq. joined Becton, Dickinson and Company (BD) in March 2004 as Counsel and now serves as its Chief Employment Counsel, serving on the Law Group’s Leadership Team. Ms. Curtis leads a bicoastal team of employment attorneys and legal professionals in partnering with Human Resources and senior management in the design, strategic direction, implementation and management of employment and labor matters worldwide. She also recently assumed responsibility for the Legal Operations arm of the Law Group. In that capacity, she leads the strategy for driving greater efficiencies within the legal department and advises on data and billing management, internships, pro bono partnerships and a wide range of departmental projects. Ms. Curtis is also a member of BD’s Global Inclusion Council, helping design and champion the company’s inclusion & diversity (I&D) initiatives, provide guidance on corporate goals, and lead local I&D planning within the Law Group.

Prior to joining BD, Ms. Curtis worked as an Associate at Proskauer Rose LLP in New York, NY, Paul, Hastings, Janofsky & Walker LLP in Stamford, CT and Benetar Bernstein Schair & Stein in New York, NY. Early in her career she served as Executive Director for a non-profit organization in Harlem, New York where she focused on after-school programming for at risk youth.

Ms. Curtis currently serves as National Vice President for Jack and Jill of America, Incorporated, an organization of mothers dedicated to nurturing future African American leaders by strengthening children through leadership development, volunteer service, philanthropic giving and civic duty. She also recently completed seven years of service on the Board of Directors for the North Carolina Museum of Life and Science, including two years as Board Chair. Her work with the museum supported the non-profit’s mission to create a place of lifelong learning where people of all ages can embrace science as a way of knowing about themselves, their community, and their world.

Ms. Curtis received her JD from Harvard Law School and a Bachelor of Science in Industrial and Labor Relations from Cornell University. A native of Bronx, New York, she now resides in Durham, North Carolina with her husband Rashid Curtis and their daughters, Kaela, Arielle and Sophia, with her parents and mother-in law just a few minutes away. In her free time, Ms. Curtis enjoys running and loves to travel with her family. 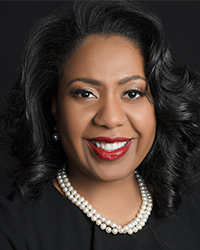 Michellene Davis, Esq. serves as Executive Vice President and Chief Corporate Affairs Officer of RWJBarnabas Health. Ms. Davis leads Social Impact and Community Investment across the healthcare system. She oversees the areas of Policy Development and Government Affairs, Healthy Living and Community and Employee Wellness and Engagement, and Global Health. She is the creator of the RWJBarnabas Health Women’s Leadership Alliance, the Young Professional Advisory Council and the Corporate Institute for Internship.

Having joined RWJBarnabas Health (previously Barnabas Health System), Ms. Davis became the first woman and the first person of color to ever ascend to the position of Executive Vice President in its 152 year history.

Prior to joining RWJBarnabas Health, Ms. Davis served as Chief Policy Counsel to former New Jersey Governor Jon Corzine, where she was the first African American to serve in this position in state history. She was the first African American and only the second women to serve as Acting New Jersey State Treasurer responsible for a state budget of over $30 billion dollars.

She began her legal career as a trial litigator, is an Honors graduate of Seton Hall University and holds a Juris Doctorate from Seton Hall School of Law. She holds Executive Education Certificates in Corporate Social Responsibility from the Harvard Business School and in Social Impact Strategy from the Wharton School of Business. 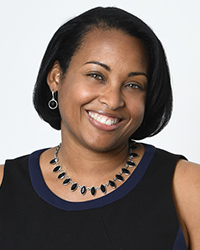 Shané Harris is the Vice President of Corporate Social Responsibility at Prudential and President of The Prudential Foundation. She oversees the company’s cash giving and skills-based volunteering programs. Her responsibilities include management of staff, development of program strategy and oversight of the distribution of over $62 million in grants and charitable contributions.

Shané has a bachelor’s degree in biology from Columbia University and holds a master’s degree in public administration from the New York University Wagner School of Public Service.