In December 2019 -- as a result of the collective advocacy of the 1844 No More campaign -- Gov. Murphy signed into law voting rights restoration for 83,000 people on probation and parole. That's almost the size of the population of our capital city of Trenton!

One of those 83,000 was the Institute's own Democracy & Justice Fellow, Ron Pierce -- a friend, husband, and veteran whose voice was silenced for 34 years. This photo shows Ron holding the pen Gov. Murphy used to sign the law.

New Jersey first denied the vote to people with criminal convictions in 1844 -- the same year it restricted the vote to white men in its Constitution.

This egregious form of voter suppression -- which ties the sacred franchise to the racially biased criminal justice system -- denied the vote to over 100,000 people in New Jersey.

When we finally restore the vote to the 19,000 people in prison, we can fully say we're there. 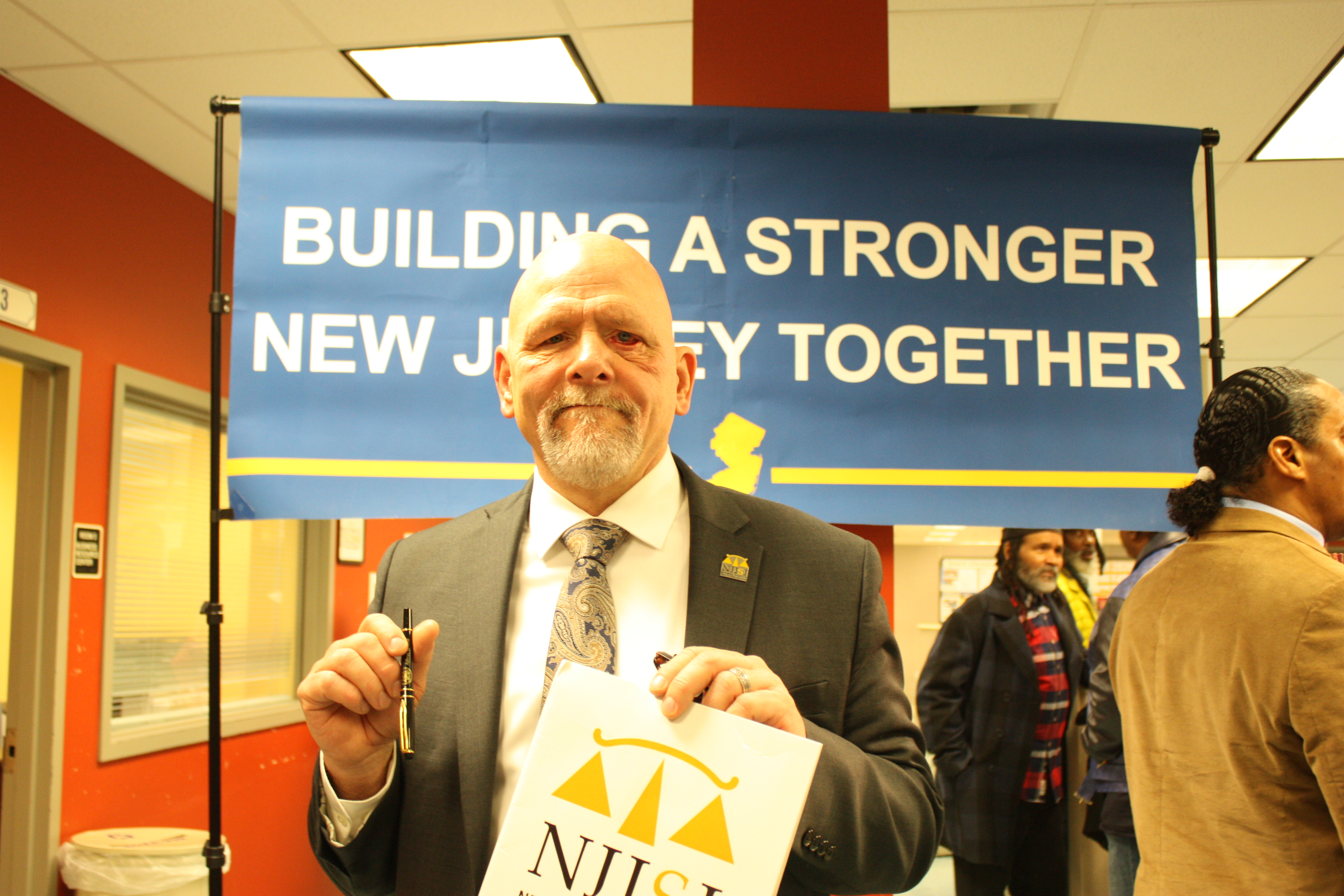 Read about the new law restoring voting rights to people on parole and probation.

Read our Report - Value to the Soul: People With Criminal Convictions on the Power of the Vote

Over 100 organizations have signed on to support full voting rights restoration.

A Matter of Democracy

Institute Associate Counsel and Debevoise Fellow Scott Novakowski writes for NJ Spotlight on why we must restore the right to vote to people with criminal convictions.

Over 102,000 people can’t vote in New Jersey. Learn why and take action to restore their rights. #1844nomore

REPORT - Value to the Soul: People With Criminal Convictions on the Power of the Vote

Fill out your own Voter Registration Application using this form!